The FAA, which is working to regulate commercial drone or UAS activities within controlled airspace, recently made two big announcements regarding new FAA regulations on drones.  The first is that there will be streamlined UAS COAs for Section 333 exemption holders (http://www.faa.gov/news/updates/?newsId=82245).  What that means is that the once unnecessarily tedious process of applying for a Certificates of Waiver or Authorization (COA) in order to fly a drone for basically any commercial activity has been made much simpler.  Prior to this announcement commercial drone operators had to submit an application to the FAA for almost each

The second announcement of FAA regulations on drones is that the FAA is starting to use a summary grant process in granting Section 333 exemptions to commercial drone operators (http://www.faa.gov/news/updates/?newsId=82485).  Prior to this announcement the FAA would not only review each individual application for exemption, they would also develop an individual summary for exemption for each exemption request.  This led to extreme wait times in many cases for businesses working to have their exemption processed.  Now under the new procedure, the FAA is still reviewing each individual exemption request but the FAA is now batching together similar exemption requests in one single summary.  For those of you wondering what Section 333 even is and why an exemption is necessary, it is the federal regulation being used to govern commercial drone operations within the United States. 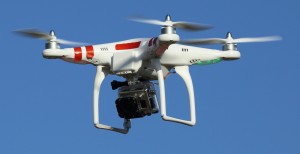 As a commercial helicopter pilot many of my flights are low to the ground and operating in airspace where drones are likely to be flying.  Although a 3 pound drone might not seem to dangerous falling on your head (it will still likely cause a concussion), when it hits an aircraft that is flying over 100 mph it will absolutely destroy a canopy, stall an engine, damage flight controls, and likely cause the death of the pilot.

As the government continues to work and pass new FAA regulations on drones, simplifying the process to fly drones commercially, it is this pilot’s hope that they will always consider primarily the safety of the pilots in the air and ensure the drone pilots on the ground are educated sufficiently to operate in the skies.