Drones in Utah, Commercial Drones on Their Way

Did you know that the United States is actually one of the late adopters of drone technologies?  Many countries across the world already permit drone commercial activities and have many drone pilots flying commercial drone operations for everything from video production to construction management and surveying.  The United States on the othe

r hand has been taking longer to regulate how drones and specifically commercial drone activity is going to integrate with commercial airspace and the manned aircraft that operate there.  One of the exciting aspects though, is that Utah is leading the way with drones and is positioning itself to be a hub for commercial drone activities in the United States.  There already are and will definitely continue to be drones in Utah.  One such example of how drones are already at work in Utah was in a search effort for a missing woman that took place yesterday near Utah Lake (Drone Used to Search for Missing Woman).

Alliance for Drones in Utah 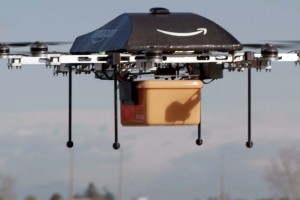 The drone business is growing and this is good news for everyone in Utah whether or not someone personally flies a drone, because as business grows it will bring more jobs, opportunities, and growth to the Utah economy.  If Utah can position itself as the hub for commercial drones we could see manufacturing, software development, and a countless number of service based businesses all focused around drones coming to Utah and growing our economy.

Are More Drones in Utah a Good Thing?

Absolutely, as long as those behind the controls act in a professional and responsible manner.  Drones have a great capability to enhance so many aspects of our lives and allow for new business and industry as we are still coming out of the recession.  Drones in Utah will add to that growth so hopefully the FAA can complete encompassing commercial drone regulations so that everyone can start reaping the benefits.